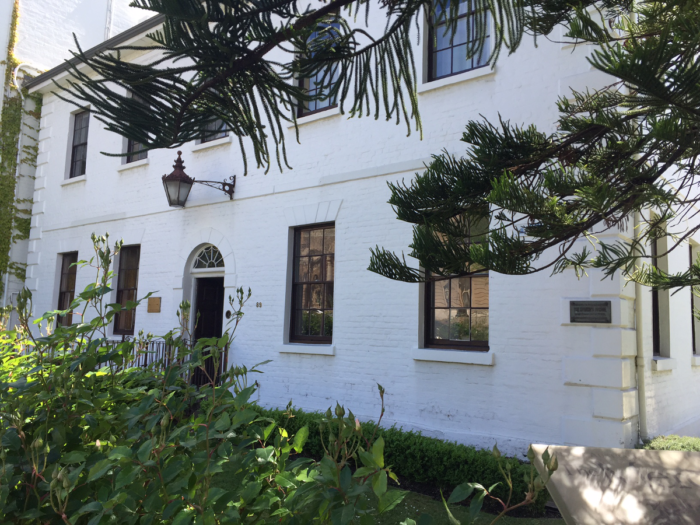 Our walk today was not too far off the beaten path — Open House Hobart.  Once a year, Hobart opens it’s doors for people to view some of the secret, out-of-the-way places.

We parked in Keiron’s parking spot, next to the salubrious Men’s Gallery.  After a quick visit to Cracked and Spineless, which masquerades as a bookshop but is really a very efficient way to extract money from one’s wallet, we headed for Brisbane Street and the Church of Christ the Scientist. 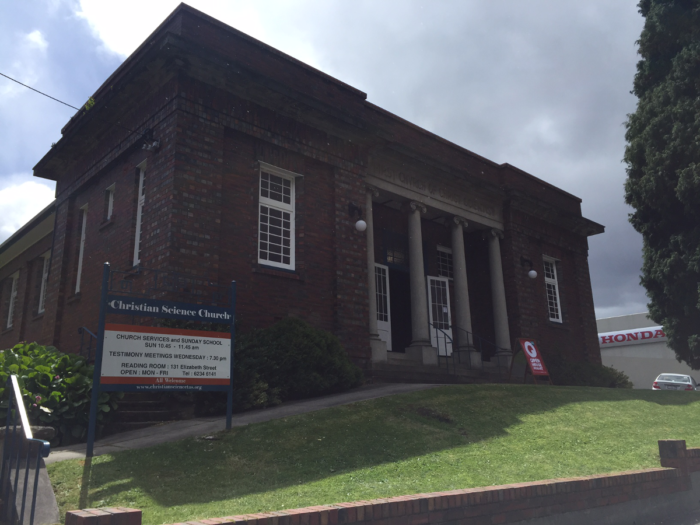 The Church of Christ the Scientist was originally built in 1928, and has three areas of different vintage.  A Sunday School was added in 1933, and a bigger Sunday School was added in the 70s.  The windows from the 1933 upgrade were reused in the 70s renovation.  One of the most striking features of the church is the carpet in the “new” Sunday school that obviously hasn’t been changed since the 70s!  The main church is lined with richly coloured, dark mahogany bricks — lovely.

From here we headed back through Brisbane Lane toward the city and the building that housed the old Mercury press. Raft South was originally built in 1938 as a car showroom.  The space has been converted and divided into a number of offices, a gallery, a cafe, and a bakery, whilst keeping the industrial warehouse aesthetic. 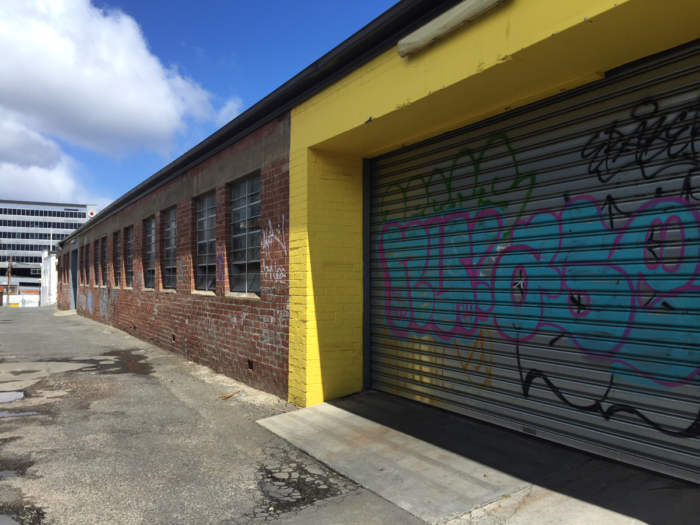 Out and bound for Hobart Town Hall, we’ve both been here before of course, but it was still an interesting visit.  The Hobart Horticultural Society was holding their rose and iris flower show, and it was blooming spectacular!  The scones with jam and cream not so. 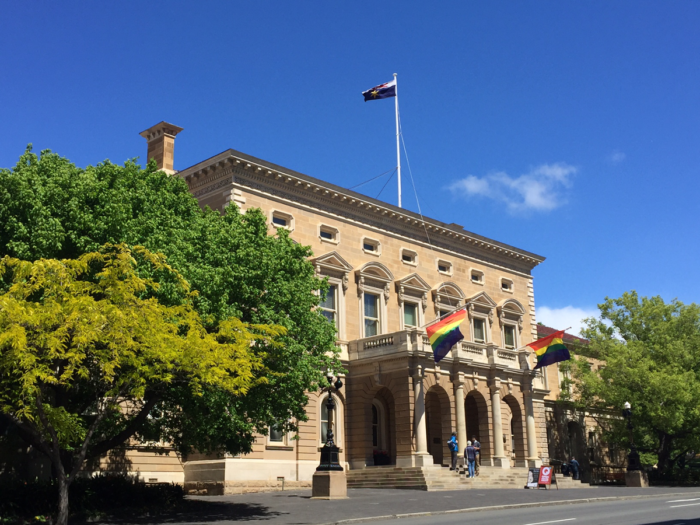 We walked through the revamped Franklin Square to The Barn in Goulburn Street.  This was built in 1829, and was originally part of the stables of The Bull’s Head hotel.  It was long derelict before Andy, an architect and the owner of this wonderful space, converted it into his home.  It measures nine metres by five metres and retains much of the ambience of it’s heritage.  The original structure has been subtly augmented using modern materials, that contrast perfectly to create a space that retains it’s age while being a functional and interesting home.

From here it was down to Eumarrah and back the car.  An urban adventure that we enjoyed hugely! 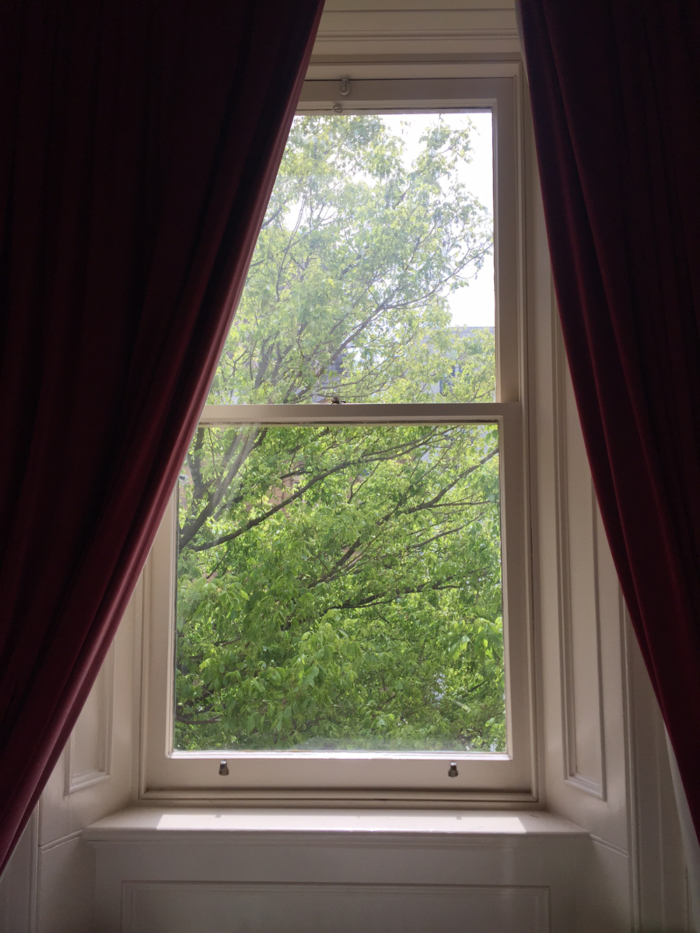 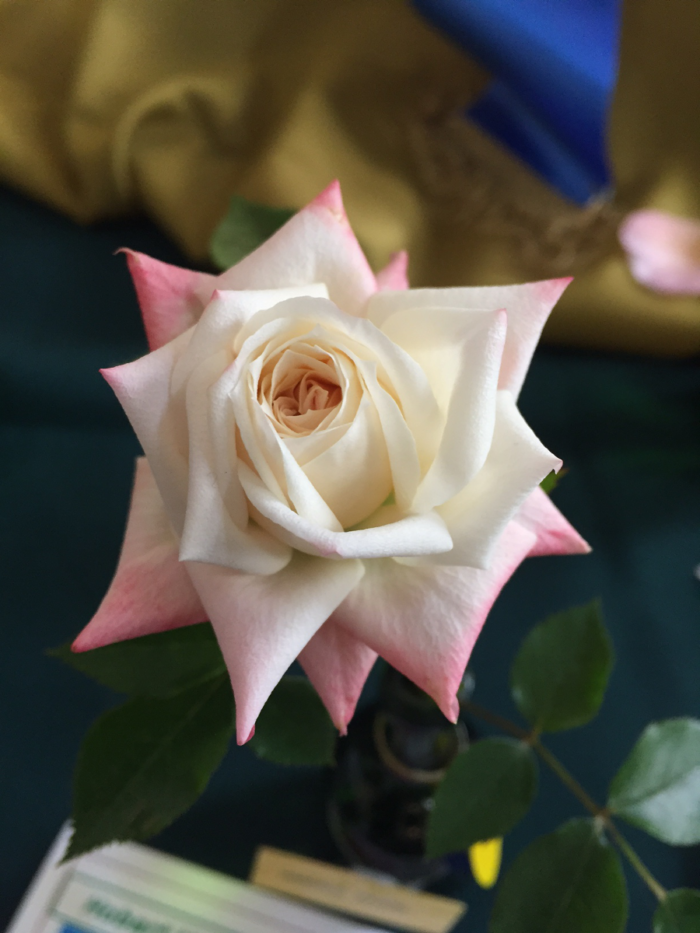